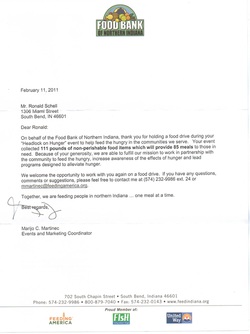 If you would like to raise money for your school, club, or civic organization, and would like to see the excitement of Pro Wrestling King in your home town....
"Then this message is for you!"

Or any group wanting to raise money, can bring the stars of Pro Wrestling King to your town and receive a portion of the receipts.

For more information or to schedule your event, contact Pro Wrestling King at:

Pro Wrestling King
AND YOUR EVENT: AN UNBEATABLE TAG TEAM!!!

Article from the Daily News By John Eby
Pro wrestlers like rock starsPublished 6:12pm Sunday, February 26, 2012Email Print    CommentsCASSOPOLIS — Jimmy Jacobs, babyface winner of the Headlock on Hunger main event, winning over 6-foot-6, 360-pound heel Brutus Dylan, is the son of a federal judge.
Or not. There’s a lot of what Jacobs calls “smoke and mirrors” associated with professional wrestling, but that’s what he said at the event in Dowagiac that was well attended but did not sell out.
Asked what career pathway someone follows to be featured in the finale of the 10-match Zero1 Pro Wrestling USA Underground bill Saturday night in the high school gymnasium, the Grand Rapids wrestler’s look says it’s a stupid question.
How else? Study it in school.
Jacobs said he was 15 when, influenced by an older brother, he decided to pursue sports entertainment.
“I just come from professional wrestling,” he said. “I went to school. There are schools around the United States and a couple here in Michigan,” including Price of Glory Wrestling in Coldwater and House of Truth in Detroit, which a friend runs and helped train him.

A learning curve
“Over the years, I’ve realized what I’m good at doing and what I’m not good at doing,” Jacobs said. “I’ve narrowed that down, and I do what I can do well and get the crowd into it. I’ve been doing this for almost 13 years now” — full-time for seven years. “Other than jazz, it’s the only other original American art that dates back to 100 years ago. When TV first came along, we had Gorgeous George. In the 1980s, when cable first became big, Vince McMahon realized that, and Hulk Hogan came around. Part of the charm of the shows we do is their intimacy, where fans mingle with performers before and after the show, which benefited local food pantries such as Helping Hands of Cass County.”
“There’s a difference between being hurt and being injured,” Jacobs said. “You can’t do this without getting hurt. You just hope you can do it long enough without getting injured.”
He wears a brace to compensate for knee surgery five years ago.
“I got into it because of little brother syndrome, but my older brother got out of it and went on to get his Ph.D. at Dartmouth. He’s a doctor of math now. When you’re growing up, you want to be a rock star, an astronaut. I wanted to be a pro wrestler, and I got to do that. I’m fortunate in that respect. Fifteen is young to get into it. I’m far less talented than probably everybody else in that lockerroom, but I’ve gotten good at what I’m good at. I just stuck with it. I’ve seen a lot of guys come and go.”
Jacobs’ version of a rock star has taken him to Japan, Scotland, England, the Netherlands, Mexico and Canada, as well as Hawaii, Los Angeles and New York.
“That part’s cool,” he said. “My father’s a federal judge and doesn’t necessarily approve of this or like it, but I do get to go home and say, ‘I just got back from Japan.’ ”
If you haven’t been following the narrative, a group known as Revolution led by Dylan has for months been attempting a hostile takeover of Z1USA Pro Wrestling.
At a January event in Mishawaka, Ind., Dylan paid off Ox Baker Jr. to take out leader Hardcore Harry, the promoter leaning on a crutch even before he suffered a beating at the far end of the gym.
Baker attacked Harry from behind during Harry’s match. Baker threw the steel steps into the ring, placed Harry’s leg on them and slammed a steel chair into Harry’s leg.
As a result of this attack, Harry stated he would be unable to defend the company in  Cassopolis against Dylan.
Harry summoned Jacobs, who defeated Osyris in a 10-foot-high steel cage in Kenosha, Wis., last fall.
Bruce Hutson of Cass Country Store, which sponsored Headlock for Hunger along with Green Brothers Tire and Repair and Dussel’s Farm Market, sat in the front row for the matches, including one with ladies, Miss Heidi versus KC Lofton, and an eight-man “tag turmoil” match where black-shirted security men shield the audience from wrestlers flying out of the ring.
“I like everything about it, the way they throw people around,” Hutson, who grew up in Dowagiac, says. “Fans interact with the wrestlers. To me, an independent show is a lot better than a great big Vince McMahon WWE show. You can’t talk to them unless they’re having a convention. Independent shows are the way it should be — interactive with the fans. You always have good guys and bad guys,” which are known, respectively, as babyfaces and heels.
Photographer Wesley Smeltzer of Ludington expected to shoot 400 images to get 100 desirable “money shots.”
The show rolls on next Saturday in Goshen, Ind.